We are spirits living in different bodies. No one is the same. We aren’t all perfect. Besides, what is perfect?

One is skinny. The other is plumb. Or maybe it’s something in between.

This is for her. She who shouldn’t be talked to the way these boys did. Fifteen, sixteen. They considered themselves better as her, to judge. Judge about her clothes, her posture, the way she walks.

Let me get one thing straight here. Don’t ever judge a book by its cover. Did you ever consider the possibility that things aren’t just as plain as you think they might be? Without asking.

Should I feel ashamed of myself? For my body. It lacks muscles. I don’t have a sixpack. This is a different body posture compared with about four years ago. Before I lost 70 kg. Before I got sick (unknown what it was actually). No diets, no tricks.

My looks, should I feel ashamed for them? Because I don’t seem to measure up to certain standards. No!

The ones who ridicule, mock, insult or hurt should be.

Beauty is more than just skin-deep. Acts of kindness, acts of power, acts of respect and love. These are beautiful. When it comes to the ‘outside’ there is beauty in everyone. Eyes, hairstyle, hands, arms, legs. It doesn’t matter.

Who are you to condemn? To make assumptions. Are you better? Are you more?

Yes, I feel ashamed. I will do it for all the others who don’t dare to feel ashamed about what they say or what they do. It takes bravery to conclude your words can hurt. It also takes courage to see that these certain standards are just bullshit. The same bullshit that comes out of the mouths of some people. 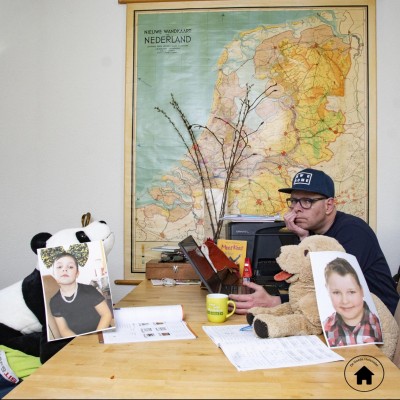